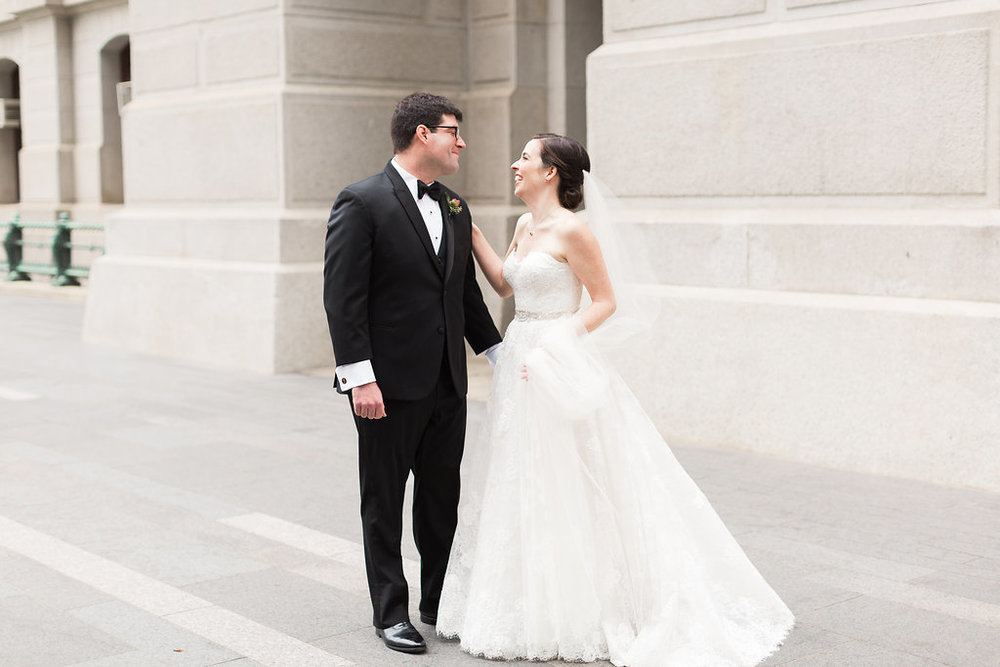 Winston and Elizabeth first met the first day of freshman year at Vassar- they lived four doors down from each other in their freshman dorm! They honestly were never actually friends at Vassar, just acquaintances with many mutual friends in common. College went by, Elizabeth went to school in Chicago, Winston worked in NYC.  Fast forward to July four years after college graduation, and they re-met at their mutual friends Emily and Scott’s wedding. (Emily, was Elizabeth’s maid of honor!). Winston had just finished his first year of grad school at Penn and Elizabeth had just moved to Philly a few weeks earlier to start residency. They exchanged some platitudes about hanging out some time. About a month later Elizabeth invited Winston over  for dinner. He brought over a bottle of wine , and dinner turned into a 5-hour, 2-bottle of wine night. He kissed her cheek when he left for the evening , which was when Elizabeth first realized that this may have actually been our first date. The rest is history! 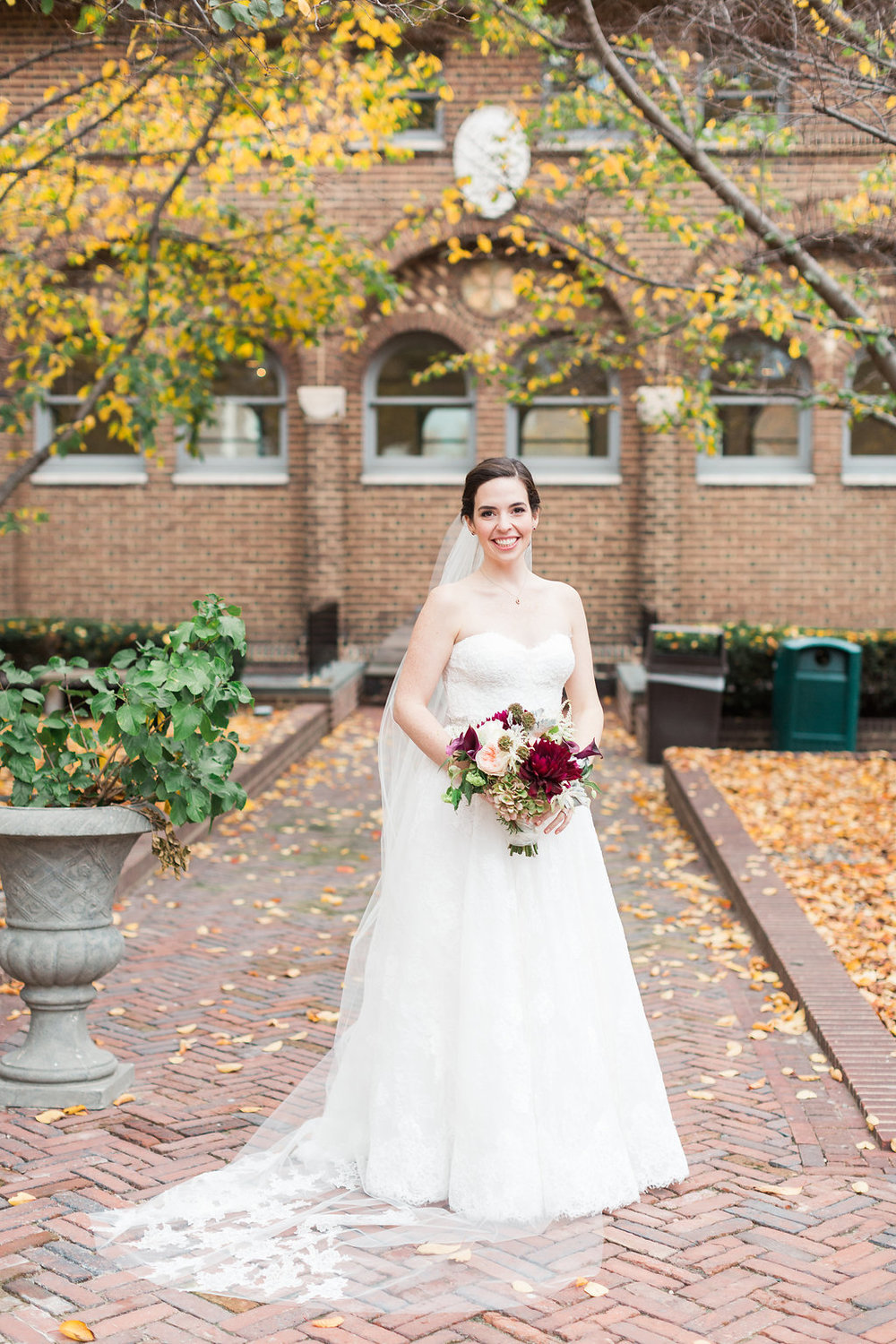 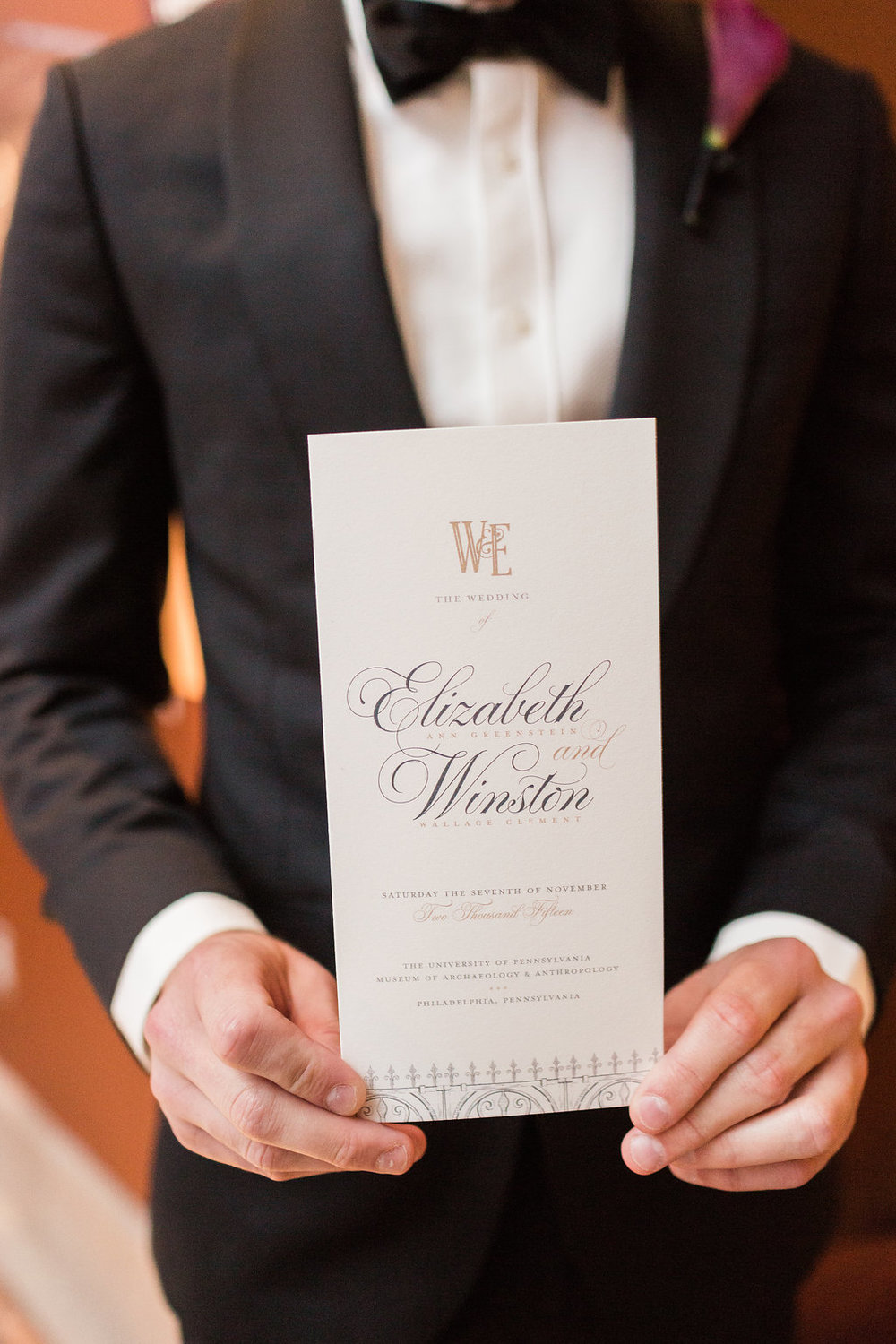 An usher holds program designed by Two Paper Dolls. The monogram and scroll motif were carried throughout all of their printed materials. 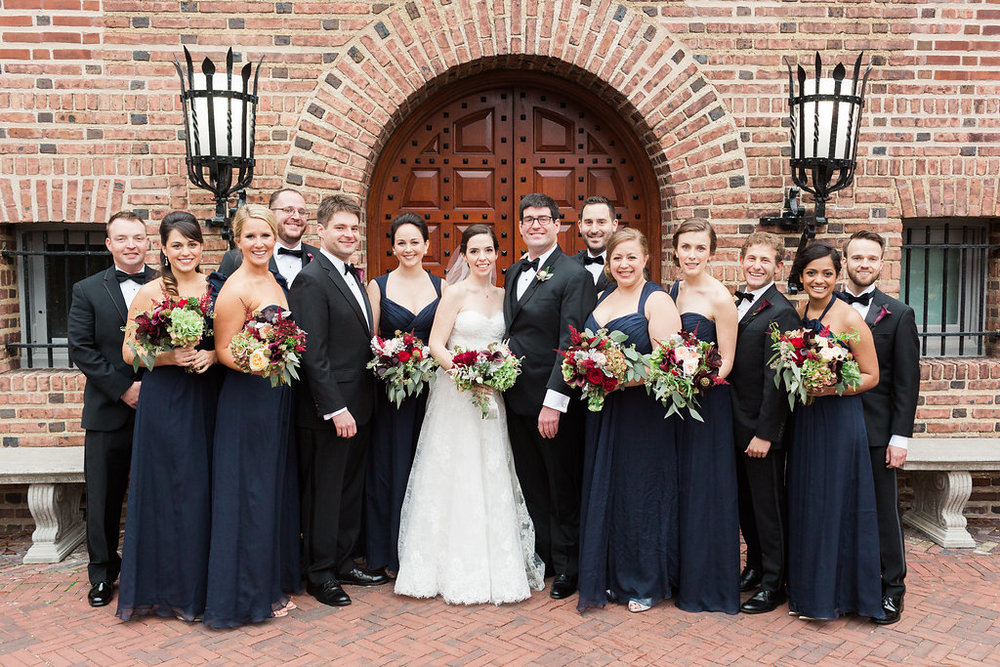 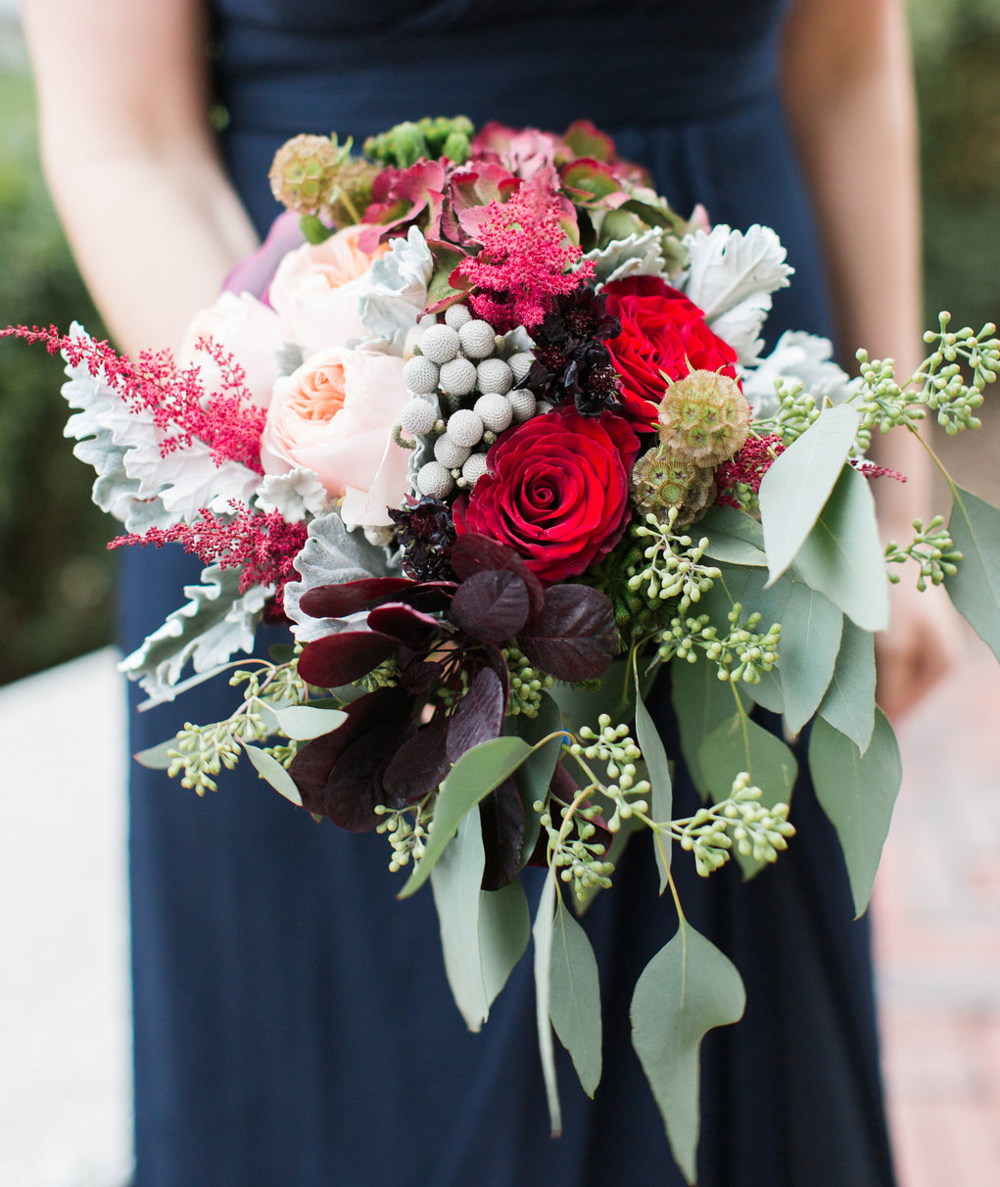 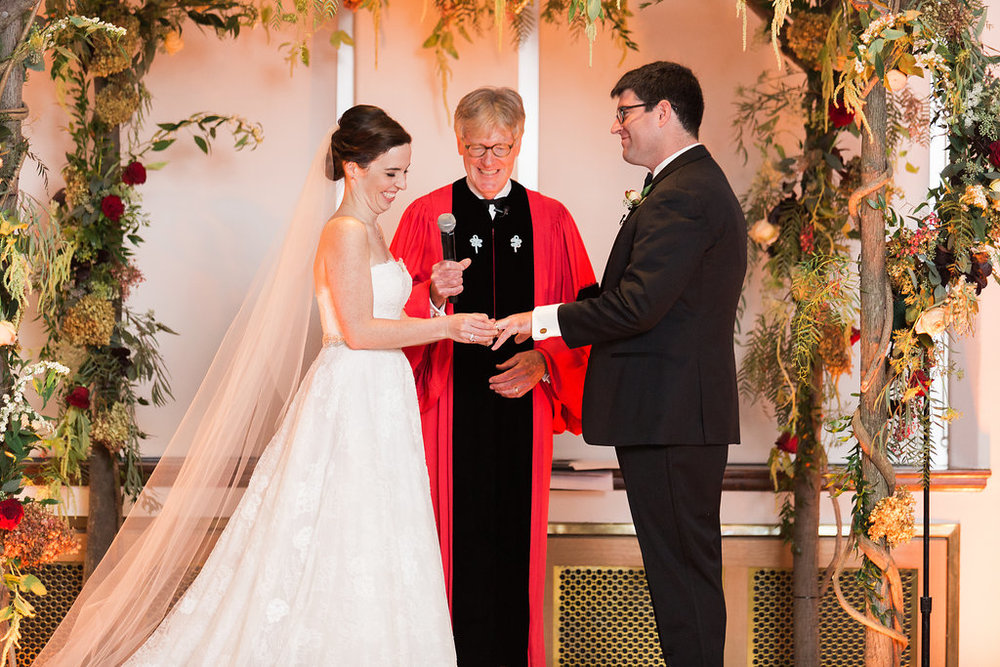 Winston’s father officiated the ceremony which incorporated christian and jewish traditions. The chuppah structure was built by the groom and lavishly decorated by Evantine Design. 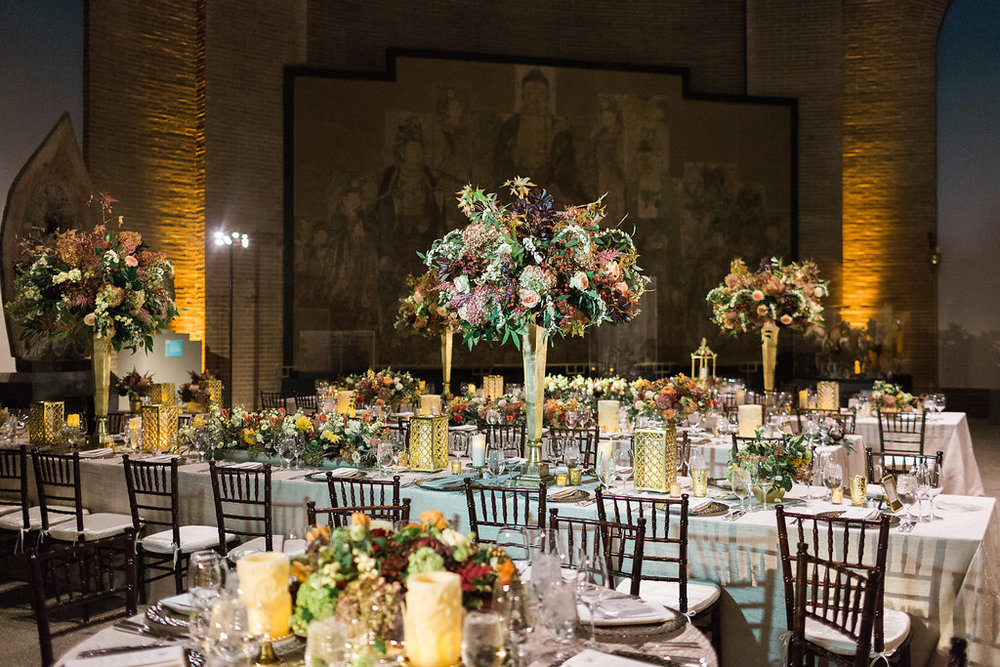 Guests were seated at long and round tables in the Chinese Rotunda in the museum. The centerpieces mirrored the fall tones of the flowers seen in the personal bouquets. 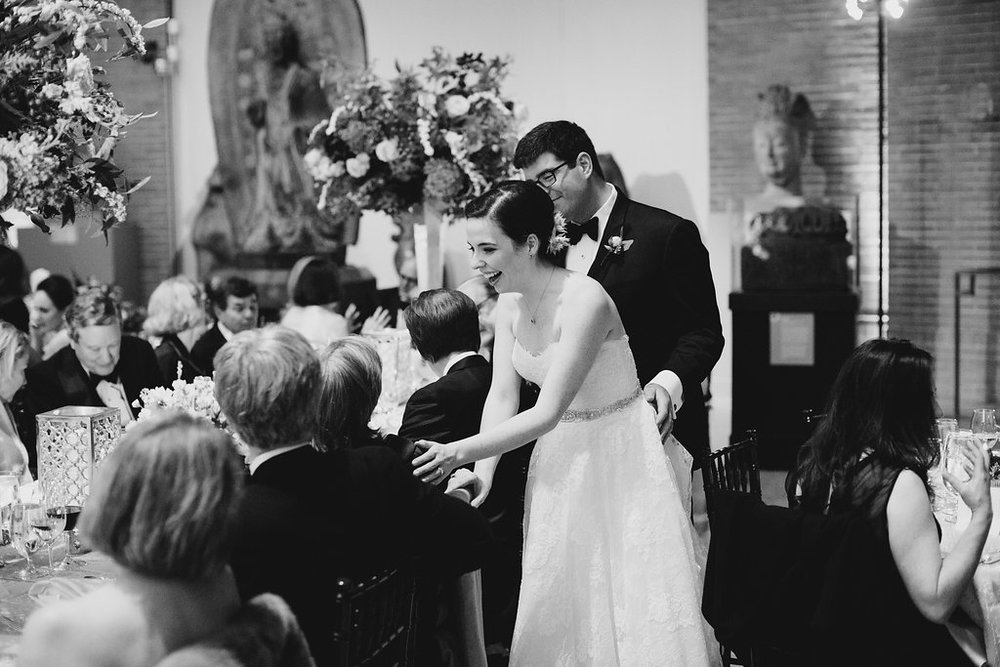 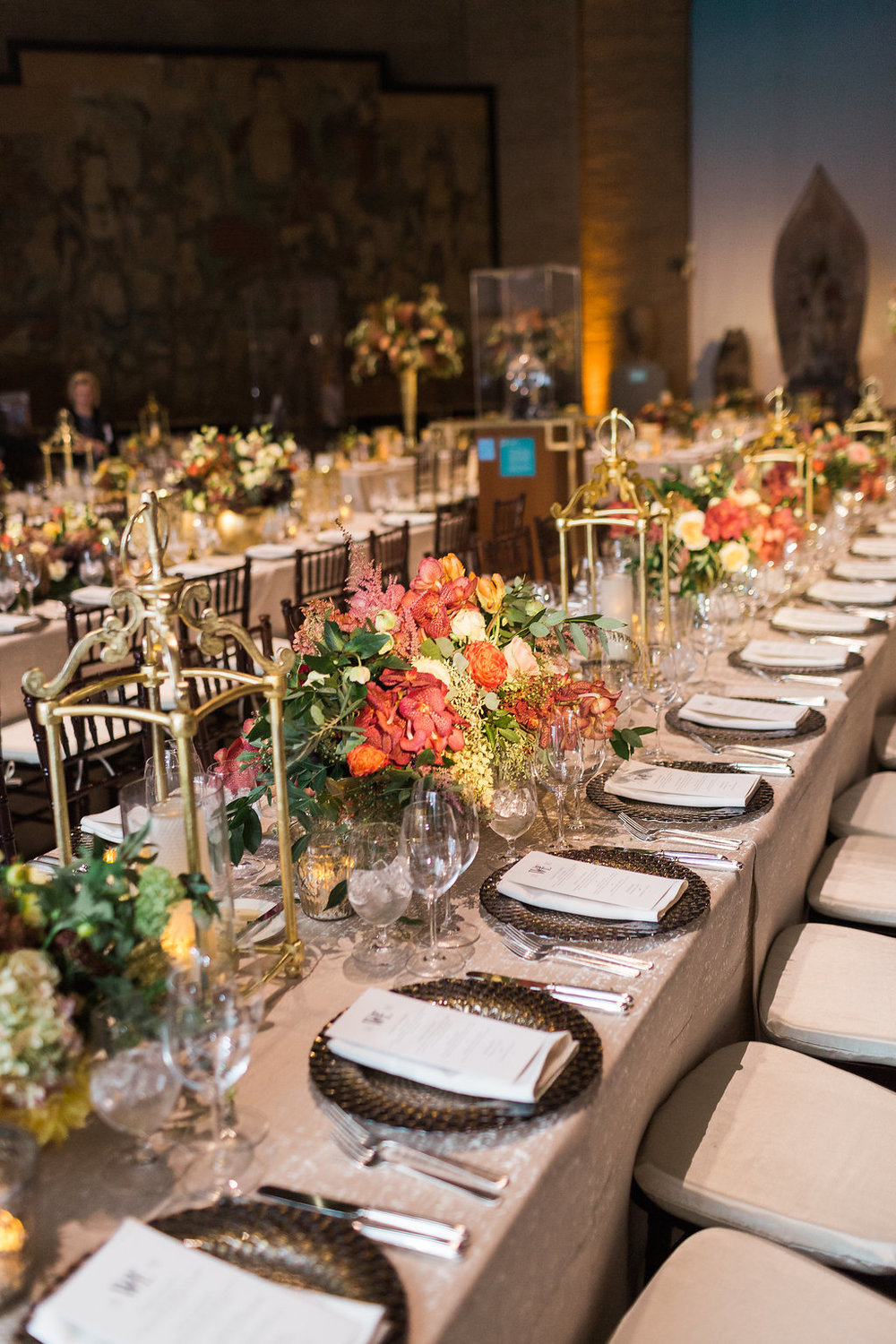 Driftwood colored linens,  mahogany chiavari chairs and luxe gold patterned charger plates were added to enhance the tablescape.  Menus were provided for each guest for tableside ordering.  Guest were able to select from three entrees from Catering by Restaurant Associates 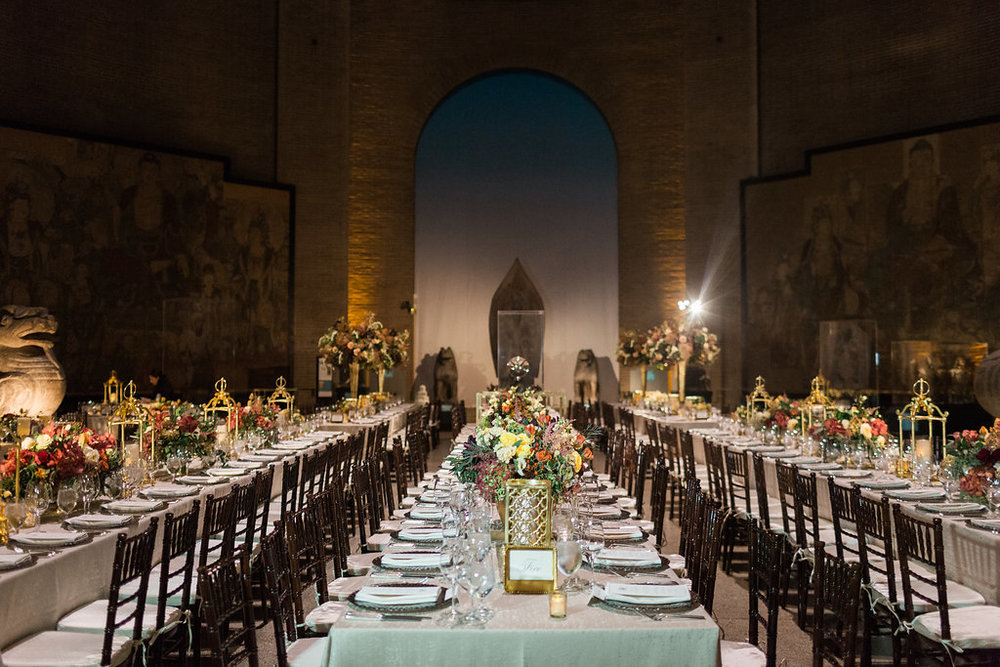 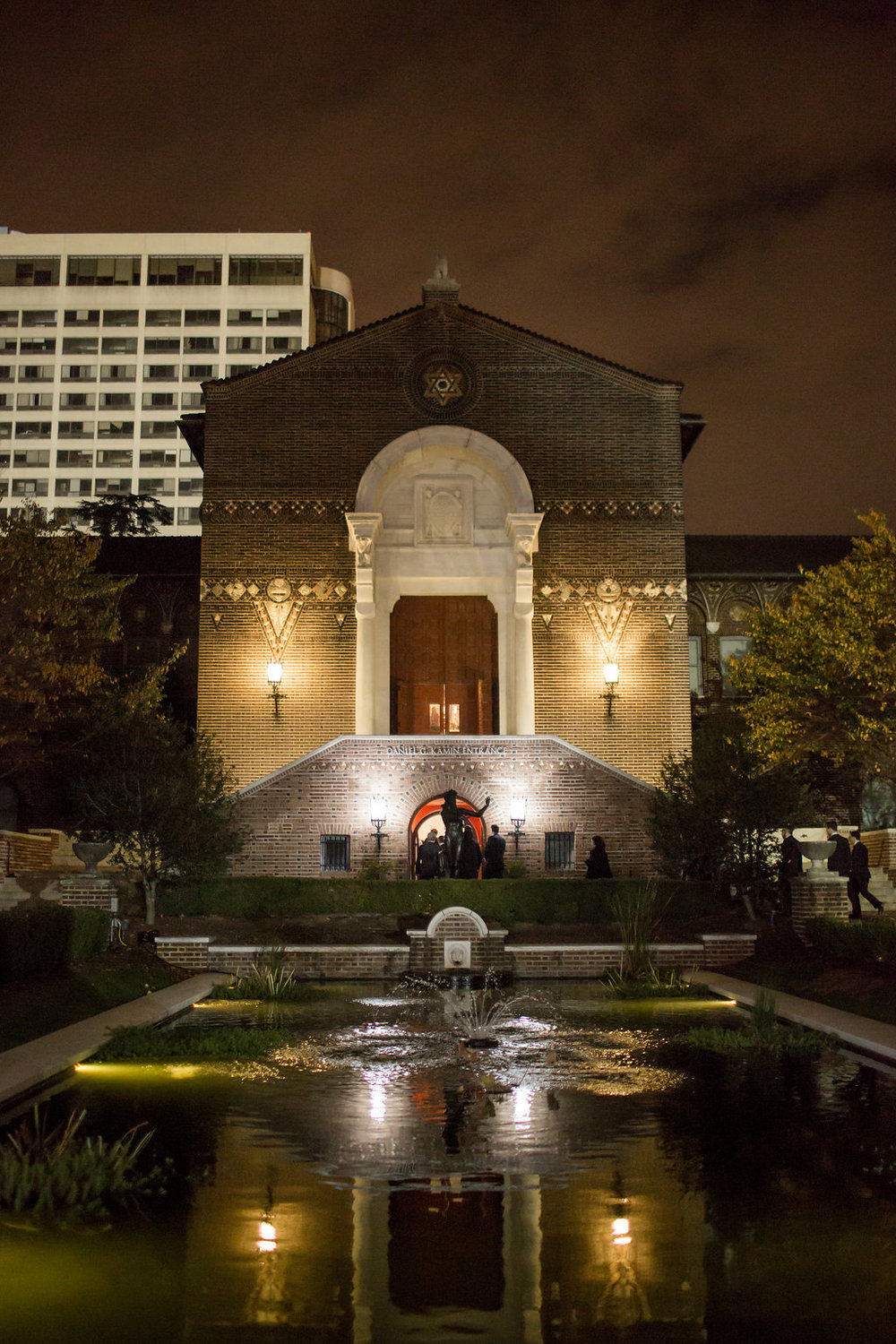 Thank you to the team:

The Styled Bride Blog is our way to keep you updated on what’s happening around our studio as well as a place for us to share recent work and inspiration. We hope this is a place for you to get inspired, educated and just have fun!